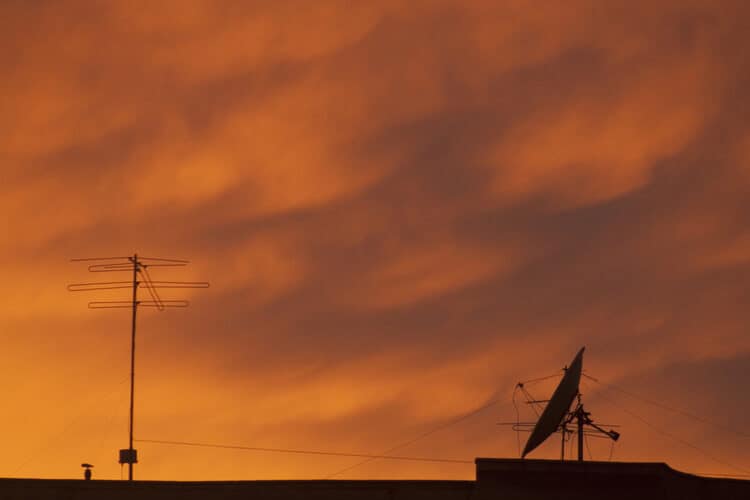 Debating on a satellite dish vs. an antenna to get TV in your home?

Both will get you access to free TV channels, but they have some key differences, stemming from how they work.

In this guide, we’ll go over how satellite TV and aerial TV (TV from an antenna) work and what that means for your television experience. By the time we’re done, you should know all the basics and have no problem choosing between a satellite dish and an antenna.

What Is the Difference Between a Satellite Dish and an Antenna?

Let’s get started by talking about how both satellite dishes and antennas work.

How Does Satellite TV Work? 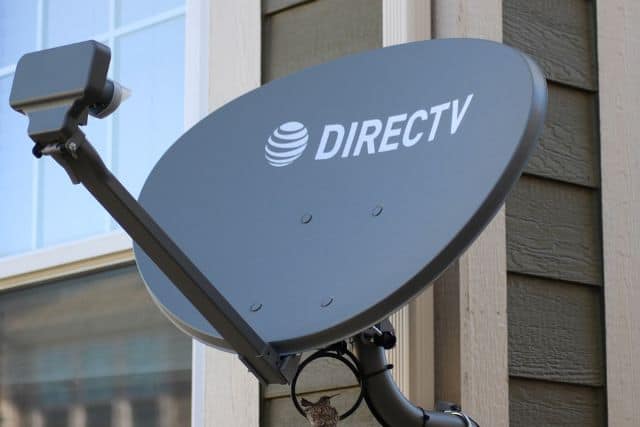 The satellite receiver translates the signal into TV channels and programs for you to enjoy.2  It will have a special chip from your satellite provider that allows you to access the programming that you pay for. It also monitors any pay-per-view services that you use and transmits that information to your satellite provider for billing purposes. However, you can typically access certain channels for free as long as you live close enough to a broadcast tower (usually about 35 miles) and have both a satellite dish and a receiver.

That means you’ll get a pretty clear image pretty much around the clock.

In addition, there’s no reliance on nearby signal transmitters. That means you can enjoy the same selection of channels in virtually any location. It also means that you don’t need to scan for new channels as they’re added.

How Do TV antennas Work? 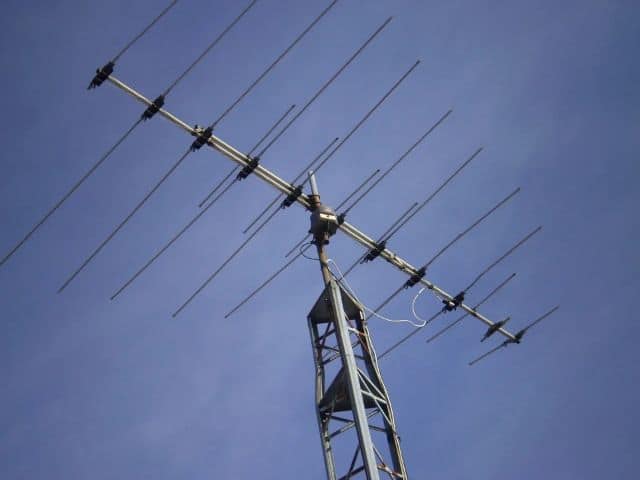 Unlike TV satellites, TV antennas (also called TV aerials) don’t send the TV signal to space. Instead, the signal is sent from the TV station to a transmission tower. Then the signal is sent from tower to tower until it’s picked up by the television antenna at your home. The TV antenna is usually on the roof of the home. You may also need a digital converter box if you don’t have digital television.

This process presents a couple of problems.

Second, there’s a greater chance of obstructions, particularly ones you can’t control, both between towers and between the nearest tower and your antenna than there is between a satellite dish on or near your home and the orbital satellite in space.4

Those obstructions cause a worse signal that can lead to a low-quality picture or other disruptions in your viewing. You’ll also need to regularly scan for channels to get access to new channels as they’re added.

Is a Satellite Dish or an Antenna Better? 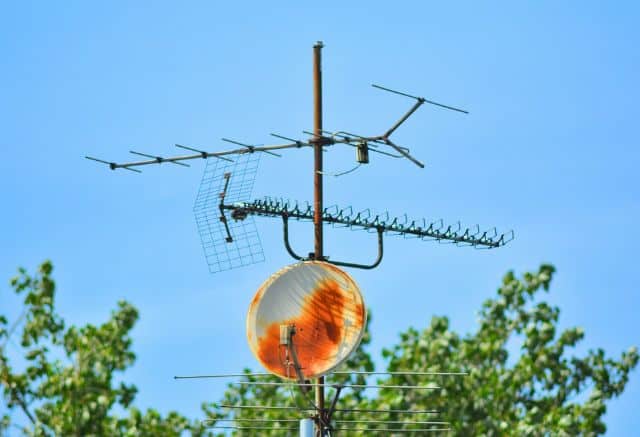 If you’re looking for free television access without relying on the internet or data streaming, a satellite dish is the way to go. Satellite dishes have a couple of major advantages over television antennas.

Second, because you’re getting the television signal from space rather than nearby transmission towers, the variety of channels available isn’t location-dependent. You can usually get more channels from a satellite dish, and the same number of channels is the same whether the satellite is located in the downtown area of a major city, on a rural farm, at a secluded mountain cabin, or even in the middle of the ocean.

However, the signal to a satellite dish is more likely to be disrupted in poor weather, especially heavy rain. A TV antenna isn’t totally weatherproof.5 However, there will typically be less rain between the antenna and nearest transmitter than between a satellite dish and an orbital satellite. The lower frequency signals used by aerial TV are also less sensitive to poor weather than satellites are.

And on top of those two things, an antenna only gives you access to free television programming. With a satellite dish, you can just get free programming if you want. However, you also have the option of paying for a satellite TV package for access to even more channels.

The downside is that satellite dishes are usually more expensive to initially set up. The dish itself is more expensive than an antenna, and you’ll generally need additional equipment, like cables and a receiver box, that you don’t need with a TV antenna, especially if you’re setting up multiple TVs.

Home Life Daily uses only high-quality sources, including peer-reviewed studies, to support the facts within our articles. Read our editorial process to learn more about how we fact-check and keep our content accurate, reliable, and trustworthy. 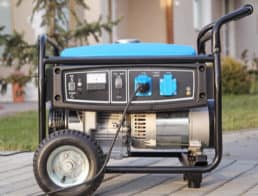 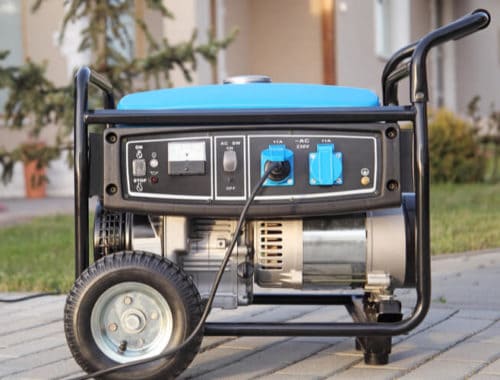 How to Safely Use a Portable Generator

Depending on where in the countryRead Article 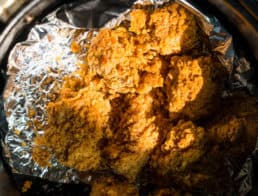 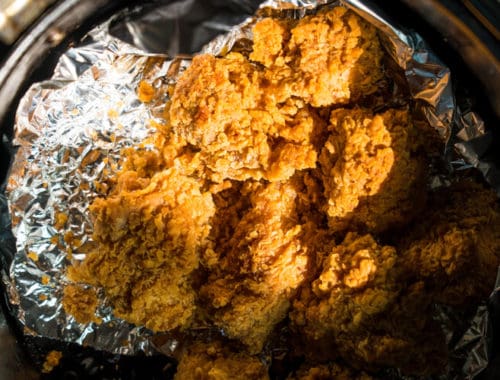 Can You Put Foil in an Air Fryer? 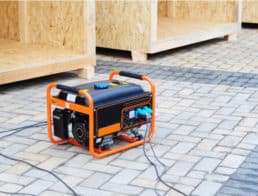 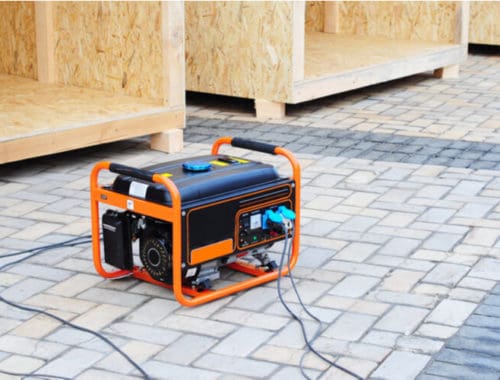 What Size Generator Do You Need to Run a Refrigerator and Freezer?

Are you considering purchasing a generatorRead Article 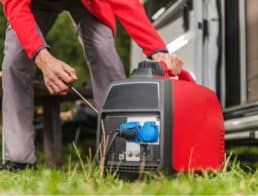 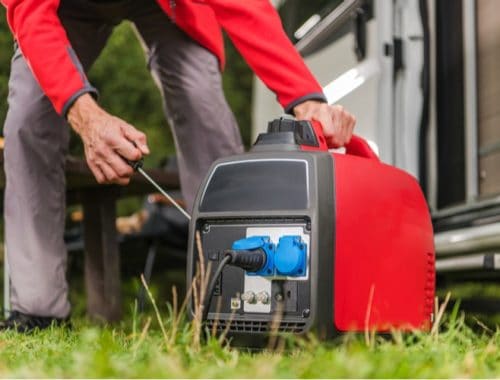 Home Life Daily® is a free resource offering expert, researched information on home living, from design and decor to home improvement. We publish news and product buying advice for homeowners and renters.

All of our reviews and recommendations are based on unbiased research by our editorial team. Read more about us.

Have an idea to improve Home Life Daily?